The Tomb of Amphipolis lies on the hill of Kasta inside a 500-meter long surrounding wall of marble and limestone. The Marble wall is almost a perfect circle 3 meters high with a cornice of marble from the Aegean Island of Thassos.

The Lion itself is 5.3 meters high and has a stone base that makes a total [with Lion] height of 15.84 meters. The sculpture who carved the two entry Sphinxes is the [same?] person that sculpted the colossal Lion. We usually associate a Lion with a battle, like the battle of Chaeronea or with for some great General. Since there was no battle around the time the Tomb was built, the archaeologists suggest that the person inside the Tomb could also be some great General from Alexander's time. The excavations took place recently revealed important information and archaeologists believe that they will be able to announce more about the person/s inside this Tomb.

*We are happy to offer extended information and directions upon request. 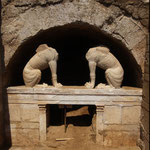 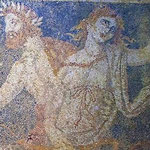 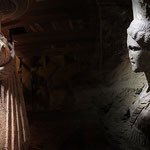