Philippi was established in 356 BC by the king of Macedon, Philip II, on the site of the Thasian colony of Crenides, near the head of the Aegean Sea. Centuries later, it was abandoned after the Ottoman conquest (14th century). The present municipality of Philippi is located near the ancient city’s ruins and it is part of the region of East Macedonia and Thrace in Kavala, Greece.

The ancient city is currently the most important archaeological site in the region. The first excavations did not begin until the summer of 1914 and were soon interrupted by World War I. Between 1920 and 1937, archaeologists unearthed the Greek theatre, the forum, the baths and the city walls. After World War II, Greek archaeologists returned to the site, uncovering multiple public buildings. For many consecutive years, every summer Philippi hosts the Cultural Festival of Philippi. Since 2016, the site belongs to the UNESCO World Heritage.

*We are happy to offer extended information and directions upon request. 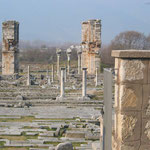 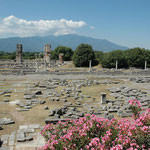 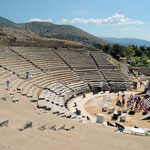